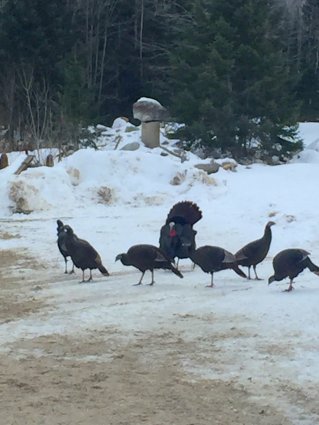 Our campers may have noticed the absence of "Roy the camp turkey" this past summer. 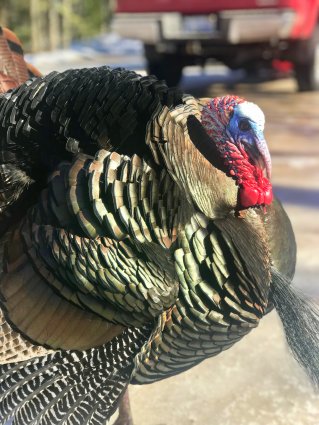 We thought that Thanksgiving would be a great time to update you on his story. First off we’d like to thank our campers for being kind to Roy and our local residents for watching out when he strayed too close to US-23.

Now for Roy’s story. Originally, a group (known as a "rafter") of turkeys that was hanging around the campground ostracized Roy. Roy had been injured. Turkeys will ostracize an injured member to protect the rest of the flock. An injured turkey can draw predators and danger to the rafter. A lone turkey is very vulnerable and we were all intrigued when Roy took to our campground and the campers.

Amy Rogala kept a watchful eye on him, making sure he had feed in cold months and shelter if needed. Last fall, which apparently was turkey mating season, Roy got a bit testy and aggressive. A DNR officer relocated him to a remote marsh so that he could continue his life naturally. It only took Roy about 3 hours to come back.

Chris and Jolene Rogala have a remote weekend camp/retreat and they noticed a rafter of female turkeys passed through regularly. Amy made an ingenious trap, using mirrors and gates, and was able to capture Roy so that he could be relocated to the remote “camp.” The first night was blustery and cold and Roy huddled up under Chris’s familiar camp truck.

Perfectly on cue, the next morning the rafter of females arrived. There was one immature “jake” (an adolescent male turkey), but he was no match for the mighty Roy’s grown up charms. The turkeys did their dance and Roy was crowned king of this harem!

Jolene and Chris witnessed him mating with all of the females and we know that this Thanksgiving season Roy has a bunch of grand-turkeys to continue his legacy. 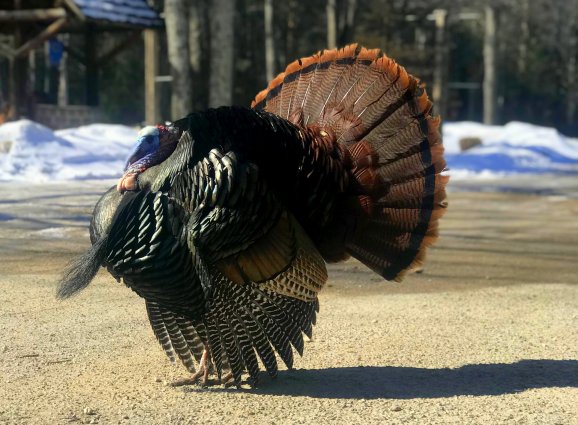 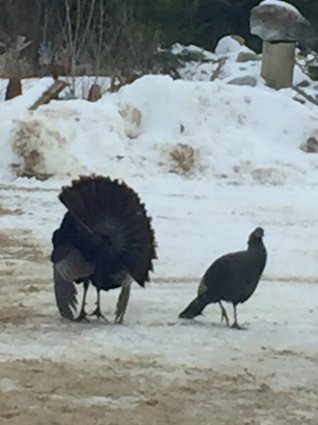 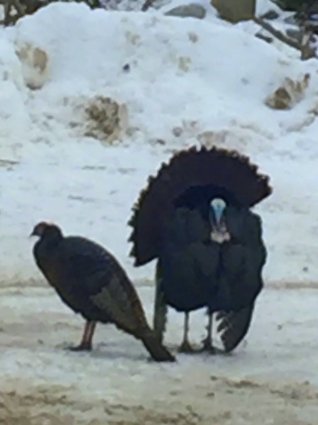